The beginning of event security fieldwork

As I'm only at the beginning of the intriguing field work period of about 8 to 12 months, I'm wary about doing official statements on the world of event security1. This post does however introduce some thoughts and yet indefinite statements about the groups that I've started to observe the last two months....

Those places where boozed up folks can be found and (therefore) security needs to be present, that is my area of research. More specifically, I focus on how group dynamics within various event security teams of these profoundly different, yet similar, nocturnal settings, play out and lead to successful cooperation in order to de-escalate antagonistic situations. With this short blog I hope to give you some insight in the practice of these teams by drawing an analogy.

Let's imagine that we can compare apples with pears as we can compare the sweet-tart taste of a Jonathan apple with the aromatic honey-like scent of the Golden Delicious. Now, let's experiment how far we can draw a comparison among different species: animals and human beings. More specifically: packs of wolfs and teams of event security members.

Perhaps I'm drawn to this comparison because I've always been fascinated by both wolves and security teams. While reading The Wisdom of Wolves by Elli Radinger, the only thing I constantly read between the lines was my own theoretical framework! Amazed by the similarities of these two different types of teams (or packs, whatever you wish to call them), I thought I should write this short blogpost.

Wolves have gone through a terminology change related to their social behavior: back in the days research on wolves spoke about alpha wolves that lead their pack in a very authoritarian manner. Before wolves were being researched in the wild, they were locked up in an animal zoo and their whereabouts were monitored. Everything about this turned out to be wrong as these social animals created a hierarchy of dominance, not common at all for 'free wild wolves' that live in peaceful families. Regardless of this new insight, this misinformation about extreme authoritarian alpha wolves spread throughout the world for twenty years and often still dominates the popular idea about wolves [Radinger, p. 51-52].

As wolves, event security has gone through a transformation but still carries a stigmatized image up until today due to misinformation about their behavior. Now the first thing that might come up in your mind when I'd ask you about these security agents are ordinary fistfights, muscles and minimum dialogue. Much can be said about them but this is a one-sided and outdated image of the their way of doing: while participating in the field for the last two months in different teams I've seen more verbal communication than I heard or saw at my own high school when solving teenage trouble.

Although both teams/packs have a hierarchy (based on the amount of experience), both solve disagreements depending on what situation rises [p. 64]. Experience is key. This touches upon some of my theoretical ideas about 'doing' security during incidents as one learns by doing due to a lack of skill-based training. A small pack with experienced members can win from massive packs with young and unexperienced fellows, and this counts for the teams I've observed too. Wolves with experience on how and when to avoid conflicts increase their life expectancy [p. 74], which resembles experienced members of the team that know how to avoid conflict, thus decreasing major incidents and keeping physical and economic damage to a minimum.

Wolves enter dangerous situations on a regular basis; either caught by surprise or because particular circumstances demand too much from them [p. 57], the same can be said about security teams. Most of the shift, time is killed by sharing food, small-talking in which humor plays a massive role and keeping each other sharp by testing reflexes (i.e. throwing things at each other, jumping on full water bottles exploding towards the direction of a colleague) while observing and assessing people at the door, in the venue or on the festival terrain.But by declining entrance to patrons, addressing someone on their rule-breaking behavior or removing someone from the premises, antagonism can rise in a split second2 and an innocent tap on the back to start a conversation can potentially end into more physical interaction than any of the team members had wished for that night.

How they respond can – again – be compared to how wolves socially interact with one another and with others. According to Radinger, wolves are exceptional observers of body language, only by doing so they are successful in achieving their goals [p. 67]. This is at the core business of each security team too. This is what I observed as I joined teams at work: at the door or while patrolling the festival area they are constantly scanning people's eyes and bodily movements. "Everything outside of the ordinary is what makes me worry", is what a security officer explains to me while the man dressed in black patrols the festival terrain under the bloody hot sun.

Both are not only good at reading signs and signals of others, they also 'own' a range of bodily skills they can 'apply' that help to avoid serious conflict.

Wolves' threatening signals are showing teeth, growling, grunting, gasping and blocking the road [p. 87]. Calming signals are turning their head away, looking down or ignoring the other. The gaze is both for wolves as for security relevant for 'their survival': wolves experience a direct gaze as a threat [p. 87].

I've come across human variants of these bodily skills related to how the teams try to break up tense situations at the entrance: when bigger groups of antagonists start to cause trouble at the door, an extra member joins at 'door supervisor', they create a human wall in order to block the door. Their bodies are seemingly relaxed but when people try to push through they're rock solid and their gaze goes all directions but one: to the direction of the group (ignoring them/turning head away).

Another de-escalation technique is what some members call "taking the bee sting out": in order to break down a discussion, the member engaged in the discussion takes a step back, whereas a second member steps forward but does not take over the conversation. That way the heat of a discussion can subtly but abruptly be crashed down (turning head/body away).

If all these signals and warning signs fail, and the opponent attacks, the confrontation will almost always end with physical interaction [p. 103]. Although I've only seen a couple of firm pushes (as a response to trying to jump over the entrance fence and pushing through the human wall) and physical removals of people after ignoring verbal warning signals, the security members have explained me that indeed if opponents attack, they have to counterattack immediately in order to retain dominance and thus control of the situation (and their area of authorization).

Theorist Richard Swedberg says that drawing analogies can help as a heuristic tool to discover specific behavior that you would not notice among your informants if you weren't trying to push the boundaries of the analogy. The way Radinger divided the different wolf signals (i.e. calming threatening, reconciliation signals) into categories helps me to focus more specifically on different types of bodily skills present in the following weeks of fieldwork.

And having read about the task division for the hunt it has got me thinking about the task division among colleagues of the teams. Every wolf has its own task in the alignment; pushing up the herd, chasing the target, attacking it, up until the leader of the pack killing the target [p. 65]. Although I haven't seen any situation in which more than a firm push has been used, it has opened my eyes to look at dynamics from a different angle: i.e. does the same person step forward every time tension rises, or is it at random depending on who's at the door or who's in the middle of the action? How does this influence the teams' teamwork and de-escalation techniques?

The challenge for me the next couple of months will be to trigger and probe each security member of the different teams as much as possible to explain to me in words how they intuitively feel that something is about to happen and act upon these feelings by using their bodies. It is this wolf-like intuitive knowledge of what is right and wrong and reflexive doing, that I'll need to make sense of from a sociological perspective.

1 Among most people known as bouncers – I however prefer the term security as their practice encompasses more than solely physically removing people from the premises.

2 From what I've seen as of now, especially declining people at the door leads to a lot of tension.

Tags:
night-life security staff violent interactions
On ongoing fieldwork and zooming in on police expe...
How to study Violence?

More posts from author
Thursday, 12 November 2020 From a hunch to a hop on board

From a hunch to a hop on board

On ongoing fieldwork and zooming in on police experiences 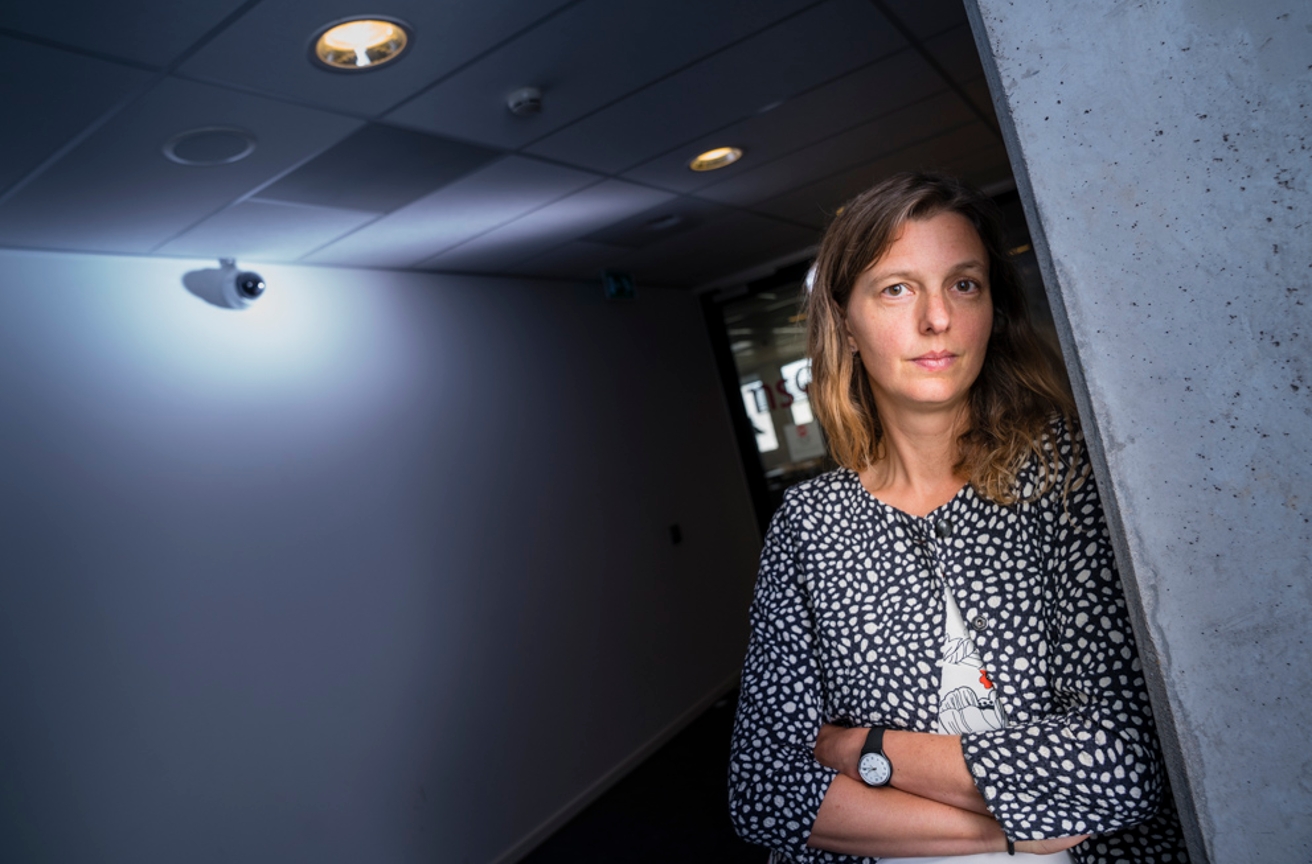 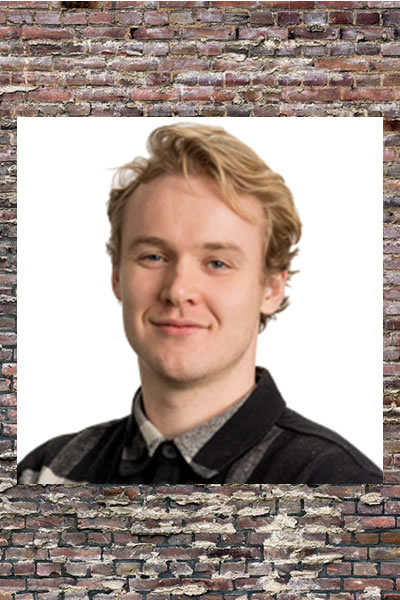 Dr. Peter Ejbye-Ernst defended his PhD thesis entitled Intervention in (Inter)Action: A video-based analysis of the role of third parties…